Two local broadcasters were recently announced as winners of the 2019 Broadcast Heritage Award by the Oregon Association of Broadcasters. 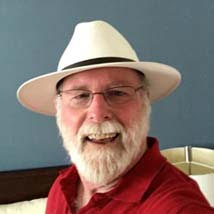 Dan Mullin, Music Director and Morning Host KKNX AM & FM Eugene. Dan has been active in the broadcast field for over 50 years! He was a founding member of Jefferson Radio in Ashland and is still on the board of directors. He has been the Morning host and Program director with KEED and KPNW starting in the 70’s, KODZ & KPNW in the 80’s and KUGN and KKNX in the 90’s. He is still working for KKNX and KEED as Music Director. Dan also worked as a News Director for KLSR TV from 1986 to 1991. Dan has been employed in the broadcast industry in Lane County longer than anyone at any station. There should be a medal to go along with the Heritage Award for Dan! 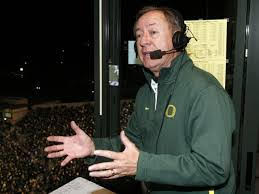 Jerry Allen, Play by Play Announcer for the Oregon Ducks.  The longest play-by-play announcer in Oregon’s history has promoted Oregon sports for over 30 years. His role in the community has been immeasurable. From his involvement with Children’s Miracle Network, Muscular Dystrophy and many other charities.  One of the best-known calls on radio was “The Pick,” Kenny Wheaton’s interception for the Oregon win in the 1994 Oregon vs. Washington football game. “He is an Oregon Legend and his voice is synonymous with the Ducks,” said University of Oregon athlete director Ron Mullen. Jerry Allen, Oregon’s play-by-play man, the true voice of the Oregon Ducks!